Tour will begin with our driver greeting your up from Sorrento port at 8.00 am, you will leave in the direction of Pompeii.
Your driver will make stops for you to take photos of the beautiful view of Naples and Vesuvius from the coastal road
When you arrive in Pompeii, the driver will stop for a couple of hours at the famous ruins of Pompeii.

The Roman town of Pompeii, on the volcano’s southern slopes, was caught unawares by a massive eruption in AD 79, which smothered the town, its people and their goods and chattels preserved for centuries, the site has been, and continues to be, excavated, so as you walk up and down the street you can peer into shop and private homes, read advertisements and graffiti and generally get a unique picture of daily life in Roman times.
When you leave Pompeii the driver will head to the winery. 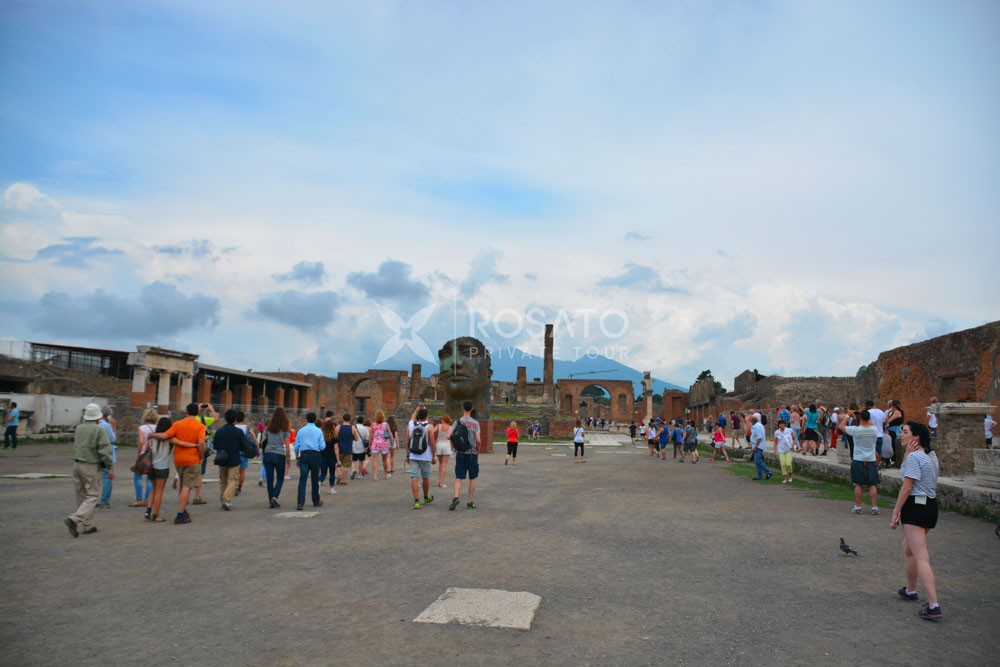 We suggest to visit during the day one family vineyards located on the base of Vesuvius where you will try some of their wine and traditional delicious food of the area.

At the winery you can taste 4 different types of wine of this region and also have lunch in the restaurant at the winery.

The lunch will include bruschetta, cheese, salami with bread and olive oil, spaghetti with fresh cherry tomatoes, a typical local cake and Apricot liquor or Grappa.

The winery will cost 30 euros per person.
if you don’t like the wine we can get to a lovely Pizza restaurant for your delicious lunch.

When you leave the winery the driver will head to the ruins of Herculaneum.

This interesting archeological site of Herculaneum is often bypassed for the more glamorous Pompeii, but the eruption of Vesuvius in AD 79 that buried Pompeii also submerged Herculaneum, preserving both settlements. 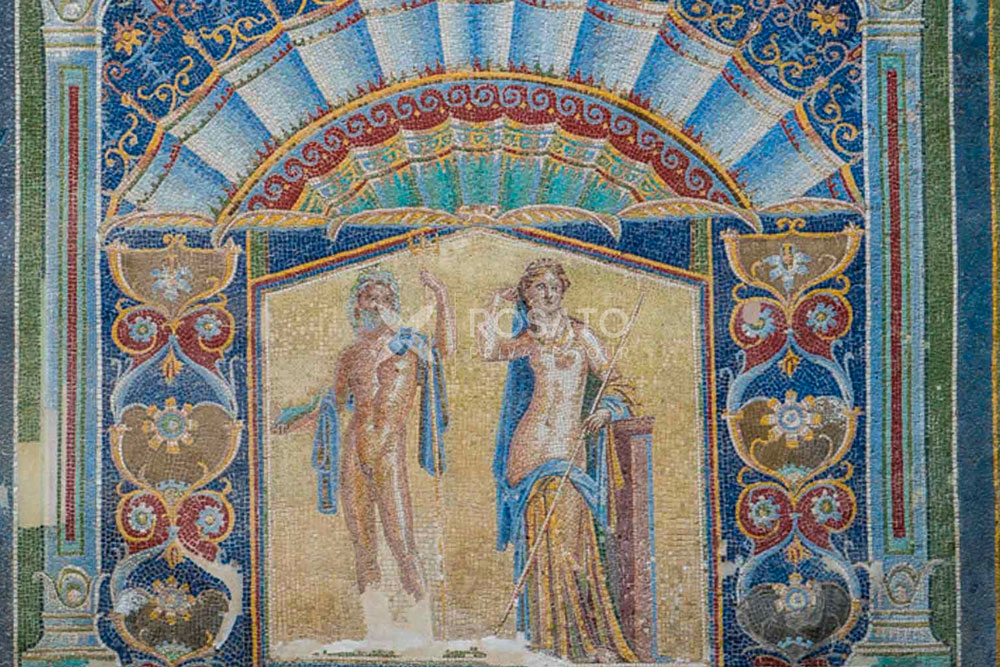 Probably the most famous of the well-preserved houses is Villa dei Papiri, the home of a rich and powerful Roman statesman, thought to be either Lucio Pisone, Julius Caesar’s father in law, or his son.
The villa and Roman the theatre can only be visited by advance booking.
Other highlight include the casa del Atrio Mosaico, with its beautifully preserved mosaic flooring.

After Herculaneum your driver will take you for a great home made gelato before get back to Sorrento port.